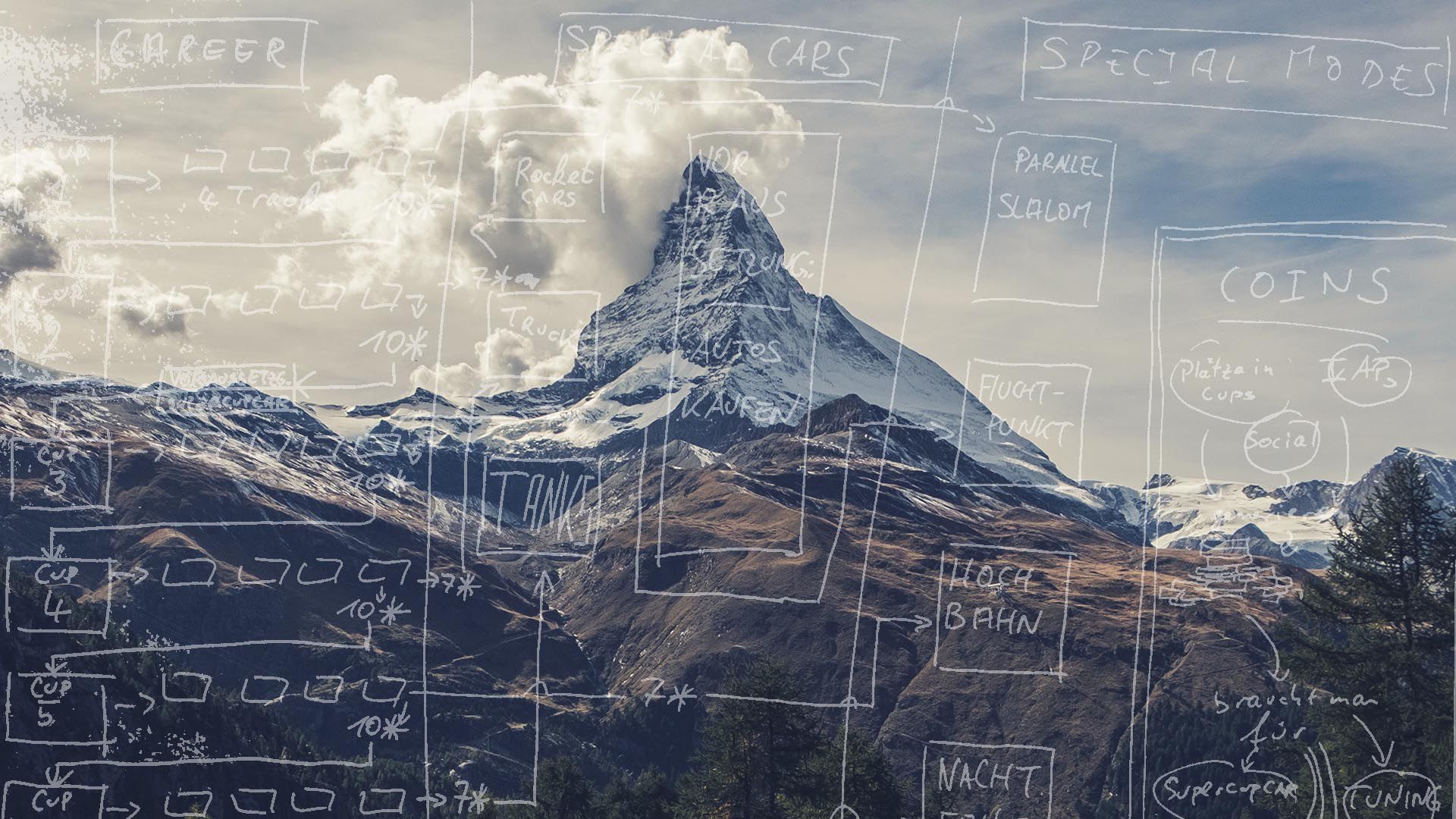 How to develop an Indie Game – Interview with programmer Joachim Mertens

Modern computer games such as the Fallout or Gears of War series cost millions of dollars in development. Hundreds of artists and programmers have been working on these Tripe-A titles for years.

The Indie revolution has not only created a new genre, it has also returned the tools to the public: You don’t have to invest millions of euros, have a huge company and dozens of employees to release a video game. In the indie games scene there are many enthusiasts who are successful with low-budget or even no-budget productions – Minecraft, World of Goo and This War of Mine, for example, started as indie games titles.

The freedom of indie game developers

Indie game developers may not have the means of large studios to spend millions on graphic artists or musicians. But they have something the grown-ups don’t have: Freedom. You do not necessarily have to recover the development costs. You have no management or PR department at your back to interfere with the story or the game mechanics.

Joachim Mertens and Andreas Meier belong to this group with their studio Tiny Tap Gems. Both have been around since the days of the Commodore 64 – that is, since the Stone Age of computer games. In the interview they tell us what has changed since the beginning, why they enjoy programming after work and why they prefer to do without publishers today.

Joachim, Andreas – seriously. You both work as programmers in the industry. Who the hell makes you programming after hours?

Andreas: At least not the money (laughs).

Joachim: No, absolutely not. Well, I’m tempted to create something new. After work, of course, you can sit down in a pub and have a beer with colleagues. But that’s not what I enjoy.

Joachim: Yeah, well, not every day. Or every week. You can do that, but it’s not life fulfillment. For me. I want to achieve something, I want to create something new, and if I just watch every TV show, then it doesn’t really do me any good.

Andreas: That reminds me, have you seen Stranger Things?

Joachim: Don’t distract now. I find success more interesting than television. Pastime, that’s a funny term in itself! Because – what does that mean? I’m doing something senseless with my lifetime like I don’t know what to do with myself?

How much time do you put into the development of your computer games, your indie games?

Andreas: Definitely ten hours per week, depending on what I can do at the weekend. Maybe even 20 hours. Four hours of extra programming work are added after work.

Joachim: Wow, that’s a lot of time. I couldn’t afford it on my job. That’s why I usually only do something on weekends.

Since when do you program indie games?

Joachim: That started with me in 1988 – when I was about ten years old – with a jump-and-run for the C64, the Commodore 64 was great, but quickly outdated when the Amiga came onto the market.

Andreas: Joachim and I knew each other from school. We got together with a few more friends who also programmed and gambled together. We came up with ideas for games, and quite honestly, at 19 and 20, we all had the fixed idea of turning our hobby into a profession. No real learning, no studying, just going straight to work.

Joachim: Of course, our parents didn’t like it at all.

Andreas: I think my father would have thrown me out if I had really tried.

Joachim: That’s why I learned a so called real job! Communications electronics technician at Siemens. That was when they said, “There’s something for you to live on”. But no, no chance, Siemens sold 40 percent of the factory to Vogt AG in 1999, and around half of the workforce was cut down as a result of several restructuring measures.

Andreas: You can’t rely on your own parents when it comes to choosing a career.

Did you learn something in your training that helps you with programming today?

Joachim: Yes, yes – I’m a communications electronics technician, we’ve already been through programming, but for me it was all a one-banana problem at the time.

Andreas: It wasn’t what you need for game programming either.

What was your first success?

Joachim: Slidercrash on the Amiga. A puzzle game that we are also reissuing for iOS today. At that time we even had a publisher. Is that still indie or a normal PC game?

Andreas: Yes of course, we didn’t have a budget and started without any publishers, so yes. At that time, we earned 2000 Deutsche Mark with Slidercrash, at that time a tremendous amount!

Sounds like a lot of money, but have you ever calculated your hourly wages?

Joachim: If we did that, we would have to stop right now. But you don’t ask a model maker or a crossfitter what she deserves with her hobby….

Andreas: At our Game Wheels On Fire, which was our third game for the Amiga, we programmed it parallel to school and education.

Joachim: That’s right, we even sent it ourselves – complete with envelopes and stamping and so on! I remember that the very first copy we sent out went to a pirate. Because a few days later the pirated copy was on the market.

On YouTube it says in the description of the Wheels-On-Fire-Video: “A boring vid for a boring game.” What do you say?

Joachim: Well, we were just at the very beginning. The video you mean was uploaded in 2009, when Wheels On Fire was twelve years old. We had other standards back in these days. But yes, of course, we’ve already learned.

Do you want to have a publisher today – or would you rather do it all yourself? Such a publisher can help with sales and marketing.

Joachim: I don’t think it’s that hard to get a publisher. There are even German publishers. But you can’t afford that if you do it as a hobby by the way.

Andreas: If you’re unlucky, it’s going to be difficult to fulfill contracts – besides the normal job. With publishers, the whole thing is a little bit more serious and we mainly want to have fun with it.

Joachim: If you do everything yourself, it’s more fun. Since I don’t have to live on it right now, I can afford that.

How did your first iOS game start?

Joachim: That was Germy World.

Andreas: I remember. At that time I had already had the notice of dismissal to my former employer in the drawer.

Andreas: Seriously, I can show you. It’s still there. (laughs)

Joachim: Two weeks after the release we had made exactly 80 Euro.

Andreas: And a maximum frustration.

Joachim: Yes, but to be honest, the money was secondary.

What has changed for you after Germy World?

Joachim: Not much, there was no financial success. But there were many positive ratings. This has already motivated me to keep going, because I was obviously talented enough to do something that people like! It just wasn’t as simple as I thought it would be.

What would you advise someone who also wants to develop games? Who wants to learn what it is like to program Indie Games or PC Games?

Joachim: Whoever plans to do this has to ask himself a question these days: Do I just want to make games? Or do I want to learn programming and then make games?

Does this mean that you don’t have to be able to program to develop games?

Joachim: Nowadays there are so many development tools with that you can make games without programming. With Unity, for example, or with Gamemaker Studios, or with the tools that run in a web browser – with Construct 3, for example. You can simply ,click together’ a lot of things.

Andreas: Yes, but you are not that flexible. If you learn programming in addition, you have more freedom. I would always recommend Unity or Gamemaker, because it gives you a tool that takes a lot of weight off your hands.

Joachim: Game design comes before programming. You just have to know what you want to do. Monkey Island focuses on the graphics and story, even Gronkh played the game in the first part of 1990, whereas games like Xenon 2 are so brilliant that the story doesn’t matter, only the programmer’s performance.

Andreas: At best, you already know what you want to do for a game before you press the first key to program it.

Sounds like it’s all gonna be a lot of work.

Joachim: It is not relaxation. It is work in this sense, because there are of course also things that are annoying and strenuous, which do not work. But what you see on the screen – your own game, the good reviews on the App Store – friends who praise you, people who buy an iPad for the game, really happened! Such a sense of achievement does not exist when you only watch TV. That’s why I’m going to stay on it, even if it’s difficult.